This post is written by Raaj Bothra ji on the monthly listening sessions at My Home which take place every third Sunday of the Month (now Online in Corona Times!). Raaj ji wrote it on my Birthday sometime back!

It was June 2012 or 2013, I am not sure as chronology is taking a back seat these days.I got a message from one Gajendra Khanna, rather an invitation to come to his place on Sunday for a Musical Meet. I had other engagements so I couldn’t go but I got another message that on every third Sunday such Meet is organised so the very next month I decided to go. Address was there and time was given 4 PM.

finally when I saw a huge sign board” DRDO Phase 2 Township” I knew Bob is my Uncle now.

Surprisingly it was an altogether different Bangalore or I should say it was not at all Bangalore,when I entered inside. No noise, well planned and green environment. Certainly an ideal place for listening Music.

Though without any basis, I was thinking of Gajendra as an elderly gentleman, I was surprised when the door was opened by a young, suave fair coloured Punjabi lad, in his thirties with a toothy smile and voice so low that you wish you had hearing aids. He introduced himself as Gajendra Khanna. Books and records scattered here and there in the drawing room and some song was being played, a perfect ambience for a Musical Meet. I had my biggest surprise when I was told that today’s theme is Shankar Das Gupta ( I am not very sure but it was about one lesser known singer ). I was thinking that like many groups in Bangalore he would be playing some popular songs of Rafi, Asha or Kishor Kumar etc. how wrong I was.

It was almost 5 PM and I saw Gajendra coming from Kitchen with tea and snacks. Instantly I knew it is going to be my cup of tea and since than I have attended many Meets and enjoyed thoroughly. I share few of my memories:

There are many sessions and songs still etched in my memory. They are not in any order whatsoever. For instance Kanan Devi. It was a pleasure to listen this super star of yesteryears who is now forgotten. She had rendered a vast variety of songs and I was amazed at the orchestration of those songs. Actually this provoked me to listen even older songs than her era. Prabhu ji Tum Rakho Laaj or Jara Nainon Se Naina are just among the few I listened in that 3 hour session.

Two sessions of Geeta Dutt is yet another memorable experience. In one session which Gajendra made more specific by choosing Geeta Dutt O P Nayyer combination, I was thinking that was it Geeta Dutt who laid a foundation stone for O P Nayyer to make his song empire? Geeta Dutt singing perhaps first Cabret of Bengali movies Tomar Duti Chokhe is one song I listened for the first time. One Baaz song Tare Chandni was also new to me.

Mubarak Begum is one of my favourite singer. Her Ghazal Dil Sarapa Arzoo Hai In Dinon was a pleasant surprise to my ears. Later on I searched for her Ghazals, I found a couple of more very good Ghazals sung by her. She sang some 300 plus songs only and Radio Stations limited her to some 8 -10 songs. A pity !

Another memorable session involved K C Dey and Meena Kapoor. I am yet to forget the Meena Kapoor song Kya Jane Ameeri in which she sounds raw and unpolished with a typical pronunciation. K C Dey’s Naat and duet with Meena Kapoor were my first time listen.

Shamshad Begum and C Ramchandra are two of my most favourite singer / composer. Whereas we took a sort of journey into C Ramchandra’s career in 3-4 sessions, in case of Shamshad Begum it was limited to perhaps two sessions. I liked the Naats sung by her. Gajendra made it up with some interesting information as he had a privilege to meet her.

Surinder Kaur session is one of the great sessions which I still remember. I would like to mention two Punjabi song, one a sad solo,Vichhde Chira Te Mainu and one duet with Prakash Kaur, Manwa Te Dheeyan. It was made more interesting by Chiranjeev Singh ji who told about the life and times of Surinder Kaur.Gajendra concluded the session with Jagjit Singh’s Shabad, Ja Tu Mere Val Hai.

I couldn’t be satisfied with Begum Akhtar’s session. She deserved more time and attention.

There were many more like Sudha Malhotra, Ghulam Mohammed ( I watched this live on You Tube as I was not there ) Khayyam to name a few. I can not recollect the songs now but in Noorjahan’s session two rare songs were played, out of them one was a patriotic song another a sort of semi classic. Ameer Bai Karnataki session was quite good and informative too.

like Chandrashekhar ji, R C Kapoor Sir, Chiranjeev Singh ji, Deepak Ji and few others. I remember Kapoor Sir once bringing a rare EP “Yaad e Mehboob” a duet by Mohammed Rafi and Tabassum. It was quite dull but a rare one. On another occasion he came with Mohammed Rafi’s 78 rpm record of Rajasthani song “Dharti Dhoran Ri”.

There were occasional guests from outside Bangalore like Mr Kothari ( ? ) from Indore who told some interesting trivia about Mohammed Rafi as he had visited his home a couple of times. Arun Kumar Deshmukh from Mumbai ( He still lives in Bombay

) told us about some quite unknown artists about Film Industry. Kumar Sharma from Mysore who came with his friends and relatives.

There were many songs which we don’t get to listen on Radio Ceylon so it was worth for someone who wishes to listen older and rare songs.

It has been years I have been going there, the only noticeable change has taken place recently is in the snacks department, which has elaborated a lot thanks to Gajendra’s Mom.

Carry on and keep it up and by the way wishing you a HAPPY BIRTHDAY and a SOUND health ! 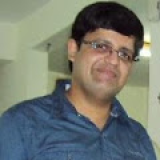 This website is run by Gajendra Khanna, A Bangalore based Culture and Technology Ethusiast. Expect to find various thoughts,posts, ideas from my side here All genuine fellow enthusiasts are welcome to send in your guest posts to me as well.